At some point before I left Afghanistan in 2014 I started feeling like I was having breathing issues. I wasn’t concerned about it at the time, but it was noticeable. My bigger concerns were of other physical problems that I developed over there. And I wasn’t even slightly concerned with my mental health because I had been deployed before. I knew what to expect. But obviously, every deployment is different. And not everything about coming home is the same each time.

My breathing continued to get worse after returning home. Sometimes it was accompanied by chest pains and lightheadedness. It had become difficult to do even moderately physical work. I wasn’t able to do the things that I used to do with ease and it didn’t seem to be getting better. I was driving to class one day a few months after getting home and the breathing was so bad I felt like I might pass out at the wheel. And my chest hurt. Instead of going to class I went to the emergency room at the local Navy hospital.

They hooked me up to all kinds of equipment, ran tests, did x-rays, and asked me a million questions. In the end, the doctor told me it was most likely anxiety and that I should seek mental health treatment. But before I even got home from there, he had called me and ask if I could come back for more tests and x-rays. They found something on my right lung and wanted to get more images from different angles. So I went back for them to poke and prod at me some more. The doctor confirmed a nodule in my right lung. He told me to follow up with my doctor and have further tests done. He wouldn’t speculate if it was serious or not, that a specialist would have to do that.

I waited a year before having it looked at again. I was in a downward spiral in my life at that time and didn’t really care about my health, physical or mental. That part of my life is documented in other previous blog posts. After my failed suicide attempt I decided that if I was going to live, I might as well have my lungs looked at. The doctor at the VA was a complete moron and should in no way be a doctor for veterans. He finally agreed to order tests for me after he realized that I already had some findings from the Navy hospital. During the phone consultation following the first test he informed me that the nodule was small and probably nothing to worry about, that there would be a follow up test in six months. He didn’t know that I already had a copy of the report. So I asked about the second finding in the report, COPD. And he asked, “Oh, are you having breathing problems?” I went off on him, I lost my temper right there. I reminded him that was the whole reason for my appointment before the tests. I couldn’t breathe. Moron!!

He ordered more tests. Somehow those tests didn’t show any COPD. I guess my breathing problems are all in my head. However, I have documents showing how bad the air quality was in Kabul, where I was at for the majority of my time in Afghanistan. One document from 2009 states, “Kabul air has reached toxic levels….three to 7.5 times higher than WHO (World Health Organization) guidelines for acceptable level of exposure.” In a 2012 letter from Senator Ron Wyden to the Secretary of Defense he points out that “Kabul ranks near the top of worldwide rankings of hazardous airborne contaminants.” But maybe my breathing issues are in my head since the VA can’t find what’s there.

For those of you who have ever dealt with the Department of Veteran Affairs (VA), you know it’s a broken system. Often times dealing with them is like getting slapped in the face, especially when the doctor I have is an ass and should not be dealing with veterans. Another slap in the face was when I recently filled out the paperwork for release of information from providers outside the VA to go along with my updated claim. I got a letter from them saying that even though I filled out the paperwork, it’s my responsibility to make sure they get the requested documents. Is that an ongoing problem? Do hospitals and doctors say no to the VA when requesting information? But I don’t have enough to worry about, so I’m glad the VA told me they aren’t responsible for receiving the documents I requested. Really, I was running out of shit to worry about. Morons.

This is a frustrating system to be drowning in. The bureaucracy involved is ludicrous. The lack of accountability is appalling. The number of veterans that die while waiting for care is growing. I vented to my psychologist about this and he asked me why I’m focused on fixing the VA instead of just getting done what I need to get done. He admits that the VA cannot be fixed. I don’t know about the other branches of the military, but in the Army we never leave a fallen comrade. I’ll get what’s due to me eventually. And I will continue to use my voice to help others lost in a broken system of ineptitude so as not leave someone else behind. But I can only make so much noise by myself. 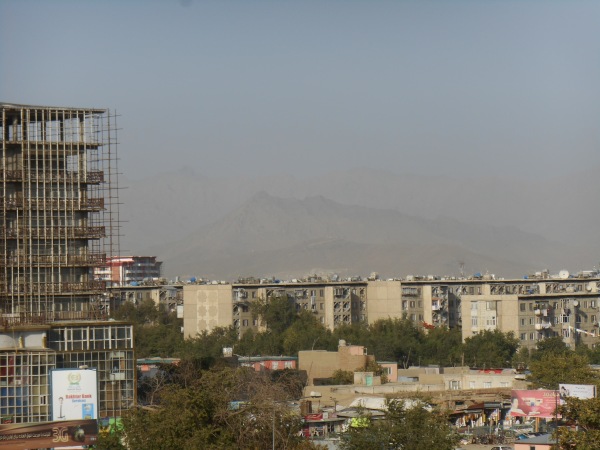 If you served in Kabul or Bagram and want a copy of the documents I have, let me know. If you have something helpful to share about this, let us all know.

This is frustrating to me. Why won’t they help? Why won’t they listen? Why won’t they look at the evidence that’s out there? It’s dealing with this kind of bullshit that doesn’t help my PTSD, anxiety, anger management, or hopefulness that I will get the treatment I need. This is where many veterans lose the will to fight the system. We can’t win, so what’s the use in spending time and energy on a losing cause? But I’d still go do it all again if asked. Even knowing what I know now.

Thanks for reading my rant. Good day, God bless.