For the vast majority of us that serve in the military, we simply do a job. It’s not completely unlike jobs in the civilian world. The military has human resources, cooks, IT personnel, police officers, engineers, management, instructors, lawyers, doctors, and the list goes on. I’ve had three jobs with the army. Construction Surveyor, Wire Systems Installer, and my current job, Chaplain Assistant. And for my current job, I’m also an instructor. It’s not always exciting, but I like it. And that’s how it usually works for most of us, both in the military and the civilian world.

There are a select few in the military that become part of elite groups. Special Forces, Rangers, Sappers, and others. (Sappers are like the Rangers, but for smart kids- LOL). I was never part of any of those distinguished groups. But, while I was deployed to Iraq, I was part of a very small, very special group that had carried out a number of extremely important missions. The group was made up of myself, a Navy Chaplain Assistant, and an Air Force Chaplain Assistant. The three of us shared an office in the chapel at Camp Bucca, Iraq.

We were part of J.F.D.R.T (pronounced jif-dirt). And don’t try to Google it, you won’t find anything about it. It was that big of a secret. Either that, or maybe because the three of us made it up. J.F.D.R.T. stands for Joint Forces Dessert Recovery Team. Ok, we made it up. The three of us shared many a meal together at the Camp Bucca Dining Facility and after each meal, one of us would go on the mission of retrieving dessert for the group. As I said, extremely important missions. Thus began the long and storied tradition of J.F.D.R.T. 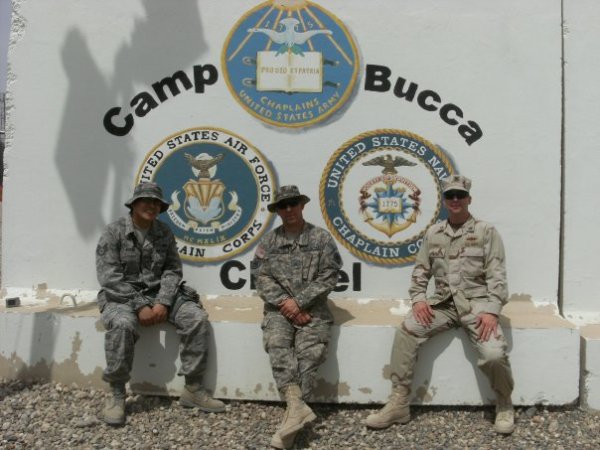 Maybe it wasn’t so much a long and storied tradition as much as it was us trying to survive the boredom at Camp Bucca. The three of us each had important jobs taking care of our troops as part of our Unit Ministry Teams. Unfortunately, our jobs basically kept us at desks for most of our deployment, unless we were escorting our chaplains to the TIF (Theater Internment Facility) at the south end of the compound to provide chaplain support to those in our unit doing guard duty. My job in Iraq was sometimes monotonous and boring, but it wasn’t terribly hard. And fortunately, I worked with some great people that kept it entertaining. 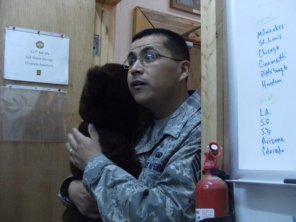 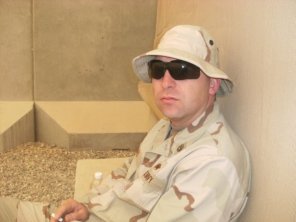 Coming from different branches of the military, each member of J.F.D.R.T. ribbed each other about who was better: the army, the navy, or the air force. Obviously, the army, but I played along so they wouldn’t get their feelings hurt. And the two of them piled on me about being a reservist. They were both active duty. We played great practical jokes on each other. We got on each other’s nerves and we also put up with each other. We helped each other out, covered shifts for each other, and when we could, we made fun of each other. We were family. Sometimes dysfunctional, just like blood family. But we always had each other’s back, no matter what. And we always had dessert when we ate together.

I miss those guys. J.F.D.R.T. may not have been real, but being part of it helped get us through a stretch of deployment and made it a little more bearable. Thanks for taking the time to stop by Story of My Life. Good day, God bless.