So far this year, I have crossed the Mississippi River 7 times. I love crossing the Mighty Mississippi. I’m not sure why, but ever since I was a kid, it was always a highlight of my travels. Last week, I was able to string four days off in a row and take a road trip to where I grew up. The 8-hour drive wore me out since I had worked all day leading up to getting on the road, but that did not put a damper my enjoyment of crossing the Mississippi River.

The Mississippi River at Vicksburg, MS.

In general, I enjoy traveling, especially road trips, whether it’s for pleasure or the army reserves sends me somewhere. I’ve been to 10 states this year. I doubt I’ll add anymore before the calendar turns, but I’m open to it if I get the chance. Some of the rivers I’ve crossed in my travels this year, aside from the Mississippi, are the Red River, where I grew up at, the Chattahoochee River, nature’s boundary between Alabama and Georgia, and the James River in Virginia, near historic Civil War sites. 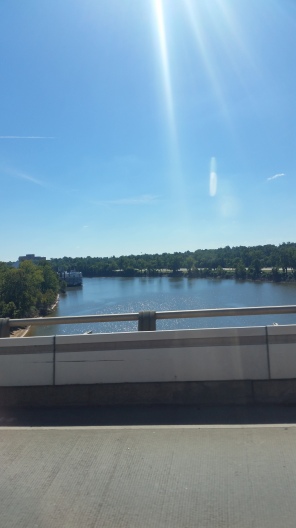 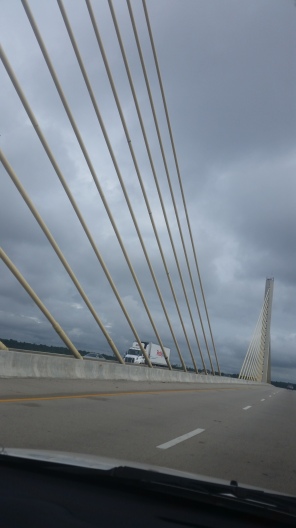 Left:  The Red River at Bossier City, LA.  Right:  The bridge that took me over the James River near Richmond, VA.

I don’t know the genesis of my fascination with crossing rivers. It probably comes from something that pre-dates my cognizant memory. But as I do some self-reflection of my life, from years ago and from more recent, I think I can relate to the river. It’s strong and powerful, but generally takes the path of least resistance. There is a calm appearance in many places of the larger rivers, but that’s where the currents under the surface are the strongest. And when the river swells from influences beyond its control, it becomes a raging power of destruction and overflows its banks. And there is no telling where the flooding will go or what damage it can do.

I remember a time when I felt strong and powerful. I wouldn’t obsess with failing because I could easily keep flowing with life in whatever direction I was taken. I would usually have an ideal path in my mind, but I would generally go in whatever direction my circumstances took me. That’s where my plan A, plan B, plan C, plan D, and plans E-M would always come in handy. If my ideal path didn’t work, I wouldn’t be completely overwhelmed and could simply drift in my new path. 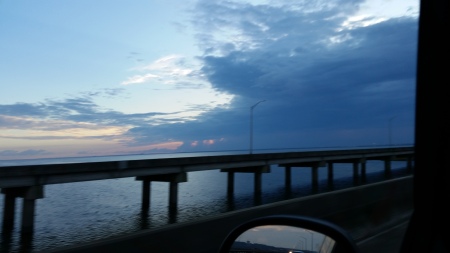 Left:  A river I crossed coming back from Missouri a couple years ago.  Right:  I also enjoy driving across the Jubilee Parkway, Mobile, AL.

When I’ve crossed the Mississippi River this year, both at Vicksburg and Baton Rouge, I saw what appeared to be a smooth flowing body of water, almost peaceful. But the undercurrents, especially in Baton Rouge with the big ships coming and going, are tumultuous. The currents can take you away, never to be seen again. I can remember a few times where I appeared calm, but my mind was dealing with the undercurrents of my situation. The important thing is to not swim in the undercurrents of your thoughts, so you don’t get swept away in your own mind. I’ve done that, too. It doesn’t work out very well. I have let myself overflow my banks and been that raging power of destruction in my life that the river can become. It wasn’t a pretty sight.

I am the river. I feel like I have a lot in common with it. Maybe that’s my attraction to crossing over it, we are one in the same. Maybe some unknown part of my psyche hears it speak to me. I wonder if it’s trying to tell me something, maybe the secret to life, or something else meaningful. I don’t know what the river is saying, but I am listening. Maybe one day I’ll figure it out. Until then, thanks for reading. Good day, God bless.

4 thoughts on “I Am The River”