It was during my first deployment that I had my first real-life introduction to suicide intervention. I was deployed as a Chaplain Assistant with my unit to Camp Bucca, Iraq (08-09). At that time I had only the minimal training in suicide intervention. I did not understand why someone would want to take their own life and, I am ashamed to say, I sometimes wondered if the person was faking it. It was an easy way to get to leave the desert early for people who didn’t want to be there. I had yet to experience a point that low in my life and I just didn’t understand when someone said they wanted to kill themselves.

During that deployment I took control of three weapons of Service Member’s that showed signs of suicidal ideations. Two of them were preventative measures before they went to the chaplain for counseling. But one was considerably more serious than that. It was real. I still thought in the back of my mind this guy was just trying to get out of work. But I knew him, we had become good friends. And I knew he wasn’t ‘right’, that something was going on. He was changing and I didn’t understand why. I took it seriously, but his logic that he would be better off dead escaped me.

I talked him into turning in his weapon to the base arms room for a little while. I walked with him and his commander in silence. He and I had made a deal that he himself would be the one to give up his weapon, that no one would take it from him. It was important to him that he felt in control of relinquishing his assigned firearm. His commander signed some papers and my friend forfeited his gun. My friend walked away without saying a word to me. I spoke to his commander for a few minutes, assuring him that I would keep an eye on him.

The next day my friend had his weapon. I asked him about it. The paperwork had apparently been filled out wrong and since he was the one that turned it in, he was allowed to get the weapon back himself. I asked if he had felt better about life. He said that he did not. I told him to give me his weapon to which he replied, “You’ll have to take it from me.” I took two steps towards him in the office to come face to face with him and placed my hand on his weapon. He did not resist and I took it from him. I escorted him back to the arms room and turned it in properly. That would insure that he could not get his firearm back without his commander’s approval. I went back to my office alone, closed the door, and shed a few tears. The reality of these things that I could not understand were overwhelming.

My friend didn’t speak to me much the rest of the deployment. I felt like I had traded our friendship to possibly save his life. That is a fair trade. I don’t know for sure if he would have gone through with killing himself, but I also knew, even in my limited experience, that it had to be taken seriously. I hated that he felt like I took something from him that he considered important, that helped define him as a warrior, his weapon. And he hated me for it for a while, too, I guess. On a side note, for those of you in the military that think a chaplain assistant has a cushy job, there’s a lot more to it than you think. It can be an emotionally draing job which many people do not see the whole spectrum of what we do.

Since that time I have received specialized training in suicide intervention. I have taken part in more than a few interventions. I have also experienced that darkness first hand in my own mind. I fully understand now what my friend was going through. I may not relate to his particular circumstances, whatever those were at the time, but for the hopeless feelings that comes with wanting to die, I completely relate. I wish I didn’t. But I think it makes me better at helping people when needed.

I understand that each of us respond differently to various situations. What destroys me might be normal to you. I understand that in many cases the ‘reason’ for wanting to die is simply the straw that broke the camel’s back. I understand that no matter what I think, suicidal ideations must be treated as a real threat. I understand that there is no quick fix. I hate that part the most. I just want to be better again. But I know I will never be the person I was before I attempted suicide, it will just never happen. Maybe that’s the part I hate the most because I know I sure do miss the old me.

It was at least a year after returning from Iraq that I got a Facebook message from my friend saying thanks for what I did to help him. We still keep in touch from time to time. It turns out that I didn’t have to trade his friendship for taking his weapon. And now I understand why he reacted the way he did. Because I also lived it, and still do. Different circumstances, different setting, and different consequences. But I completely understand the feelings he experienced, during the deployment and the period that followed. I understand about pushing people away or shutting them out, I do it, too. I’m working on that, trying to do better. Or at least I want to do better.

For those that have been following the horrible life-rut I’ve been in lately, I can’t say that it’s getting any better right now. But I can say that I’ve stopped going in reverse with my thoughts and am ready to start moving forward again when it’s time. I had at least four conversations going the other evening on text or messaging when I was feeling pretty crappy about life, a low point. I don’t know if I were in danger of myself, but I do know my thoughts were not good. I don’t know how many of the people I was talking with had real suicide training, but I know the conversations helped. Point is, you don’t have to be a specialist in suicide prevention to help someone that is having those feelings. Just be there. That’s the first and most important step in an intervention.

Thanks for reading this week. I hope you get something from this. Good day, God bless. 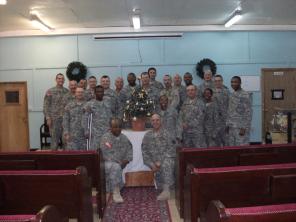 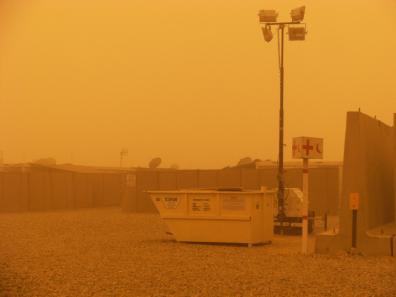