2230 hours (10:30 P.M.), Kabul, Afghanistan, about five or six weeks into deployment. My two roommates and I had already turned out the lights and called it a day. I was half asleep when the loud knock on the door startled the three of us from our bunks. Who the hell was banging on our door so forcefully at that hour? One of us may have even yelled to the person at the door using some colorful language. Oops. To our surprise, it was one of our Master Sergeants. He informed us that Bagram was “getting lit up” and that intel reports were suggesting we were next. He told us to stay put, but be ready. Then he was off to the next room, banging on that door.

Really? “Stay put, but be ready”? Needless to say, I didn’t fall asleep until 3 or 4 A.M. I got online and messaged my friend that was stationed at Bagram and asked if he was doing alright. He told me there was some excitement going on up there, but he was well so far. There was not an attack that night at my base. Where I was stationed, at New Kabul Compound (NKC), there were very few attacks like those at other bases outside of Kabul. My base was across from the U.S. Embassy and ISAF (International Security Assistance Forces). Because of those places, we were fortunate to have greater security. 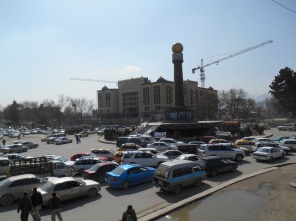 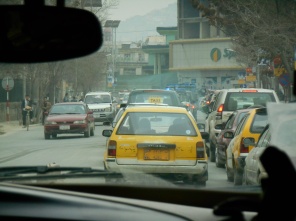 During my deployment to Afghanistan, I spent a good deal of time traveling. I used to call Bagram my second home because I was there so much. I became very familiar with the rocket attacks that would come in from the mountains there. Same thing at Kandahar and Shindand when I visited there on missions. Loud, unexpected noises still startle me, bother me, and get my adrenaline pumping for a moment. But our threats in Kabul were different. Usually they involved attacking a convoy in the city with an explosive device that could be slapped on to a vehicle stuck in the slow-moving Kabul traffic. Other threats were vehicles loaded with explosives that might try to penetrate the gates of one of the bases or detonate next to a convoy. Small arms fire was always a threat everywhere over there. Then there was the one big threat that was hush-hush, secret. 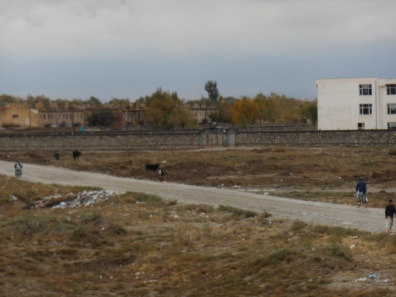 Whether these threats got carried out or the bad guys were disabled, the threats were real. Dealing with those threats in our minds was very real. We had to be ready no matter what. And having to deal with them over and over without anything happening most of the time took a weird toll on me. I am still having to learn what is a real threat and what is not. I imagine police officers go through that at their job daily. To me, when I’m driving to the store or to pick the kids up at school, I’m looking for threats. I seriously doubt there are any real threats on the roads here where I live, but I’m looking. When I see a car change lanes hastily without a turn signal, I see a threat. When people walk through traffic without using the crosswalk, I see a threat. When someone is driving the wrong way in a parking lot or trying to exit at an entrance only, I see a threat. I’m conditioned to see a threat even though in my rational mind I know it’s not. 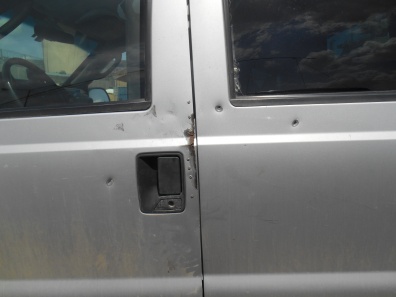 At the end of one mission to ISAF we were waiting for the drive team to retrieve us. The two vehicles were separated before they could both enter the base and the second vehicle didn’t get in. A truck supposedly packed with explosives was trying to get in the base and traffic was halted. It was a mess. We were advised to move to the opposite side of the base until the threat was taken care of. The one vehicle that made it into the base met us in the rear. We exited the back gate and eventually met back up with the other vehicle and returned to our base without further incident.

For local missions, we traveled by convoy. Before each trip, we were always given safety and situational briefs by the convoy commander. This covered the route to be taken, who does what in the event of an attack, and current threats in the area. During one brief, we were advised that intel indicated that we should be on the lookout for a white Toyota that was carrying a trunk full of explosions. That information narrowed down our potential threat to about half the vehicles in Kabul. Maybe not quite half, but there were more white Toyotas than any other vehicle on the roads it seemed.

For out of town missions we traveled by helicopter and airplane. One trip coming back from Bagram, a short helicopter ride from Kabul, we were delayed for a day or two because of a threat somewhere in the mountains that we had to fly over. Finally, a pilot decided to make a flight back to Kabul. We got on the bird to head “home”. We took a different route back than we usually would. When you travel as much as I did, you get used to the terrain and route. Needless to say, the change of route was a little uncomfortable to me. We flew around the “bowl” and found our way in and made it safely to our base.

All of the threats were real, some came to fruition, and others never did. But either way, the threats were real in that every one of them had to be treated as such. Every threat brought a sense of self-preservation and wondering about our own mortality. Every threat had an element of reality that any of us could be going home in box draped with an American Flag. I’m still working on what’s real and what’s not in my life now as far as threats go. I’m getting better, but I still can’t help it when I have a flash of feeling threatened during certain situations and events. Some things just trigger that in me. Maybe it will go away one day. Maybe not. We’ll see in time.

Thanks for reading this week. Good day, God bless.

Other posts related to this one: