In trying to figure out what to post this week, I asked my boys if they had any ideas. They were less than helpful, but entertaining none-the-less with their suggestions. I thought I’d do something a little entertaining myself here this week.

We’ve all seen the signs. Funny signs. Signs that don’t make sense or just lead to more questions. Very much like the “This Page Intentionally Left Blank” page seen in most Army manuals. I have no idea what they are trying to accomplish with that. But I do have quite a few pictures of silly signs. I will share some of them here. Most of these came from my last deployment during visits to various bases in Afghanistan (unless otherwise noted). 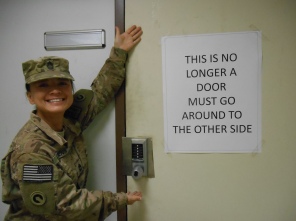 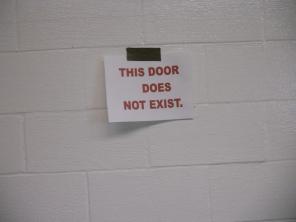 Above, we have a sign that says it’s no longer a door.  But is has a door knob, door frame, and hinges. It is a door!  Next to it a sign I found at Fort Bragg where a door in the brick wall simply doesn’t even exist.  I wonder if it ever did. And I wonder why they had to put a sign there to tell us it doesn’t exist. 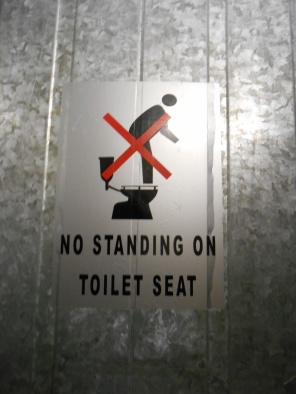 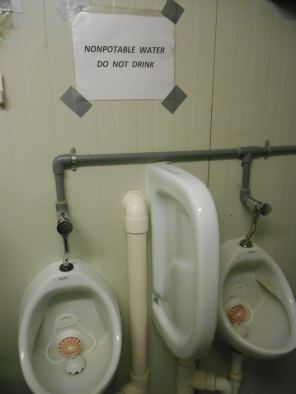 There’s even humor in the restrooms.  Not even going to ask what happened to prompt these signs being posted.  I don’t think I want to know. I’m sure I don’t want to know. 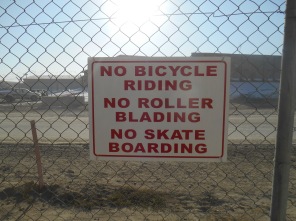 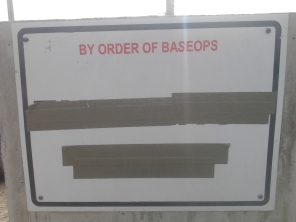 On the left, we have an informative sign about what not to do while in Kandahar.  Seriously, we were at war, not at the mall.  On the right, a sign so secret that you aren’t allowed to know what it says, and that’s an order. 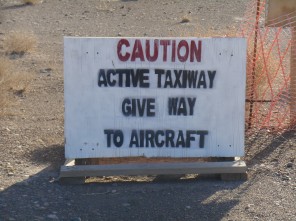 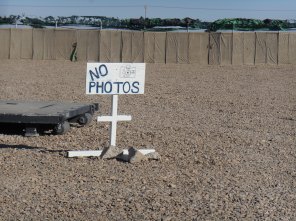 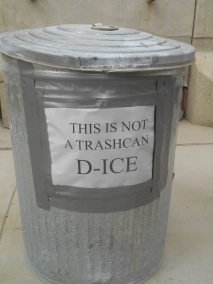 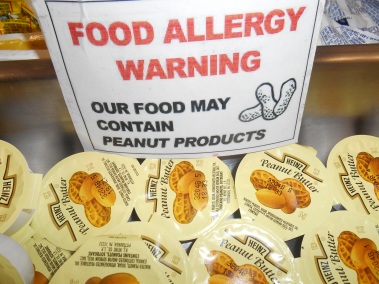 First of all, that is a trash can.  I’m sure of it.  It also doubles as an alarm clock in Basic Training.  And your peanut butter may contain peanut products?  Who would have thought? 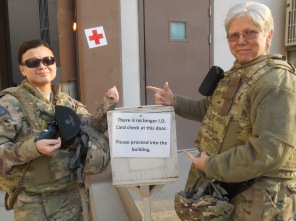 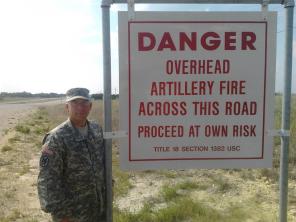 On the left, it says no more ID checks at this door, to proceed into the building.  Um, did the cutbacks effect security that much? And shouldn’t there be some kind of note on it that says if you’re one of the bad guys, DON’T proceed into the building?  On the right, I made the van stop here while at Fort Hood so I could have my picture made with that sign. 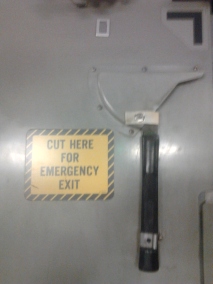 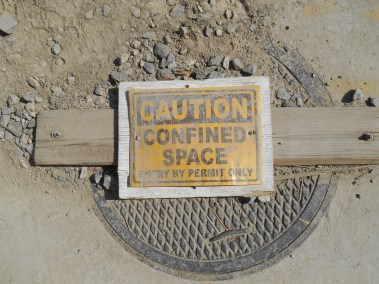 On the left… ok, can I really cut my way out of a C-17 with that little hand axe?  Shouldn’t they have just put a door there? Unless it’s no longer a door or a door that doesn’t exist.  And on the right, I’m pretty sure we already know that that’s a confined space. There were a number of those signs on the base I lived at. Not sure what their purpose was. 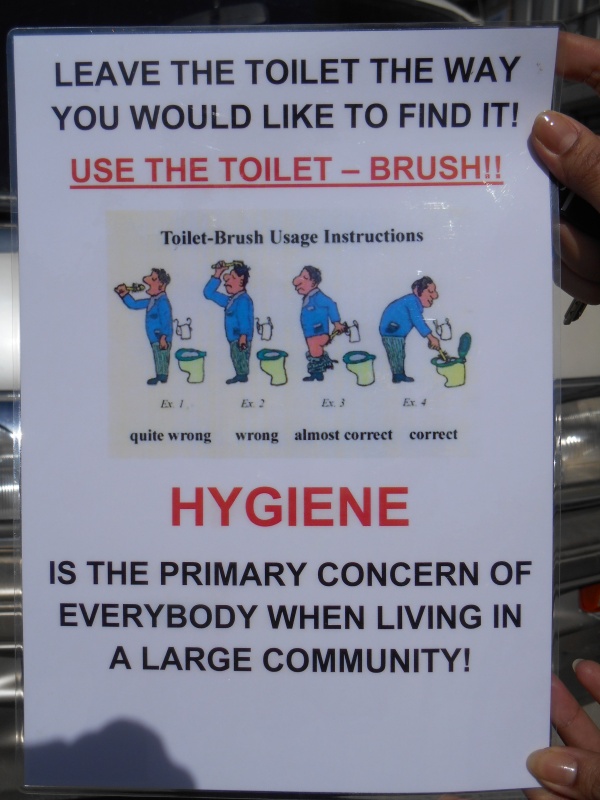 And last, but not least, you gotta love the Brits.  This was an actual sign you must read when signing in for lodging at one of the bases we stayed at in Afghanistan.  When I asked them if I could take it outside to photograph it (no pictures allowed inside that building), they offered to let me keep it.  So kind, those Brits.  But I figured a picture was enough.

I hope you enjoyed this week’s post.  I enjoyed the memories of going through some of the pictures I took while deployed. I could write a complete story for most of these pictures, but captions will have to do this time.  Good day, God bless.